Working together to build a Central Park for Charlotte

The idea is simple: convert the railyard north of uptown into a 220-acre park, making it the biggest park in the metro region. This site borders the Lynx Blue Line, the Charlotte Rail Trail, and several of Charlotte’s iconic neighborhoods, including Noda, Villa Heights, Optimist Park, and Druid Hills. The area is in a federal Economic Opportunity Zone, with tax credits for development. It is the perfect area for a park.
Connecting the CityProject GalleryBlueprint Cities

Charlotte is one of the fastest-growing cities in the country, and the cost of real estate continues to increase. Simply put, the opportunity to carve out a swath of land for an urban park may soon be lost entirely.
Imagine if the leaders of New York City had lacked the foresight to create Central Park in the mid-19th century — and then tried to go back to create a similar park now.

We’re growing but falling behind.

The Queen City is home to one of the most underperforming park systems in the United States. In 2019, Charlotte’s parks ranked 96th out of the 100 largest cities in America. Charlotte is one of the fastest growing cities in the US; but we’re not thinking like a major city yet in terms of planning for this growth.

Only 6% of Charlotte’s land is used for parks and recreation. The national average is 15%. The average American city spends $90 per resident on parks. Charlotte spends around half that amount ($48 per resident). Charlotte’s bars are dog friendly, but our dog parks are in the 21st percentile (0.5 dog parks per 100,000 residents).
Charlotte has a unique opportunity to take bold action to build a new large park in Charlotte for the 21st century. 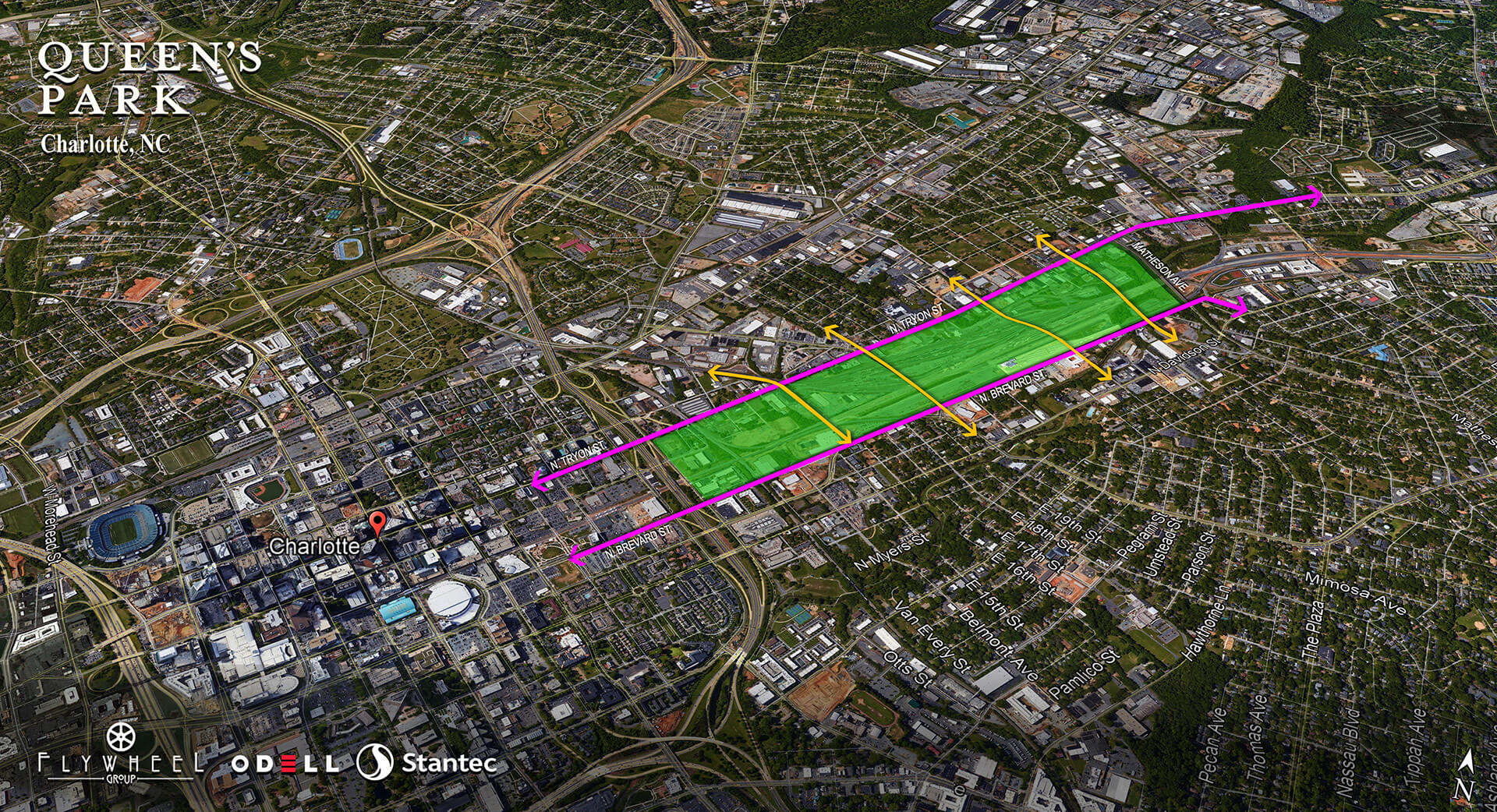 Mecklenburg County’s parks rank near last in the United States: 95th out of 100 major metropolitan areas. We aim to improve that in a bold way for the City of Charlotte.
Meet Our Team >

Can Charlotte really convert an industrial railyard into a vibrant park? Yes.

Queen’s Park has the advantage of a blueprint for a path forward. Chicago’s Millennium Park was first a railyard before it was converted to a 24.5 acre park in 2004. What was once an industrial site is now a greenspace featuring gardens, ice skating, concert venues, fountains, and public art. 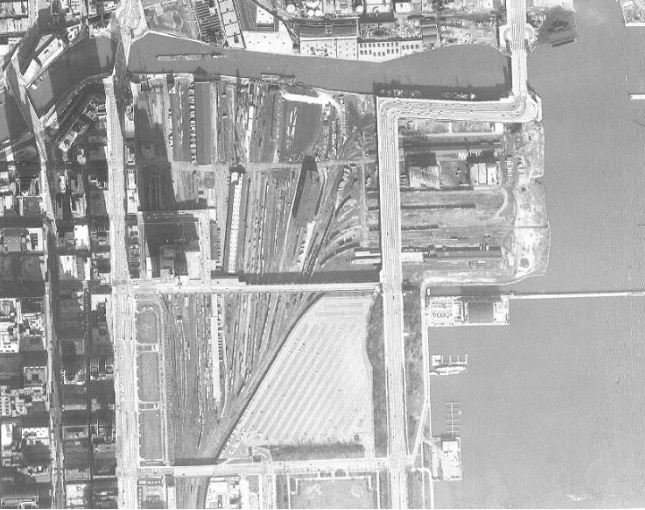 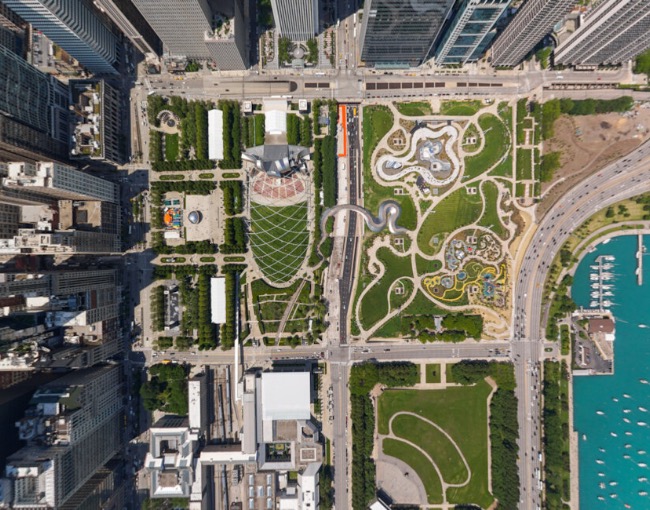 Millennium Park was funded by a creative public/private partnership. The creation of the park brought a burst of energy and new life into Chicago’s downtown. Real estate values and the property tax base skyrocketed after Chicago opened Millennium Park, as the park attracted everyone from young professionals to retirees to move from the suburbs to the Loop downtown. The impact of Millennium Park on the adjacent real estate market was calculated to equal $1.4 billion.
“A much more enhanced and perhaps more important benefit of Millennium Park is its effect on the self esteem of the residents of the Chicago region. They now have another destination for friends and visitors for which the almost universal response is pleasure and joy, and it is free.” 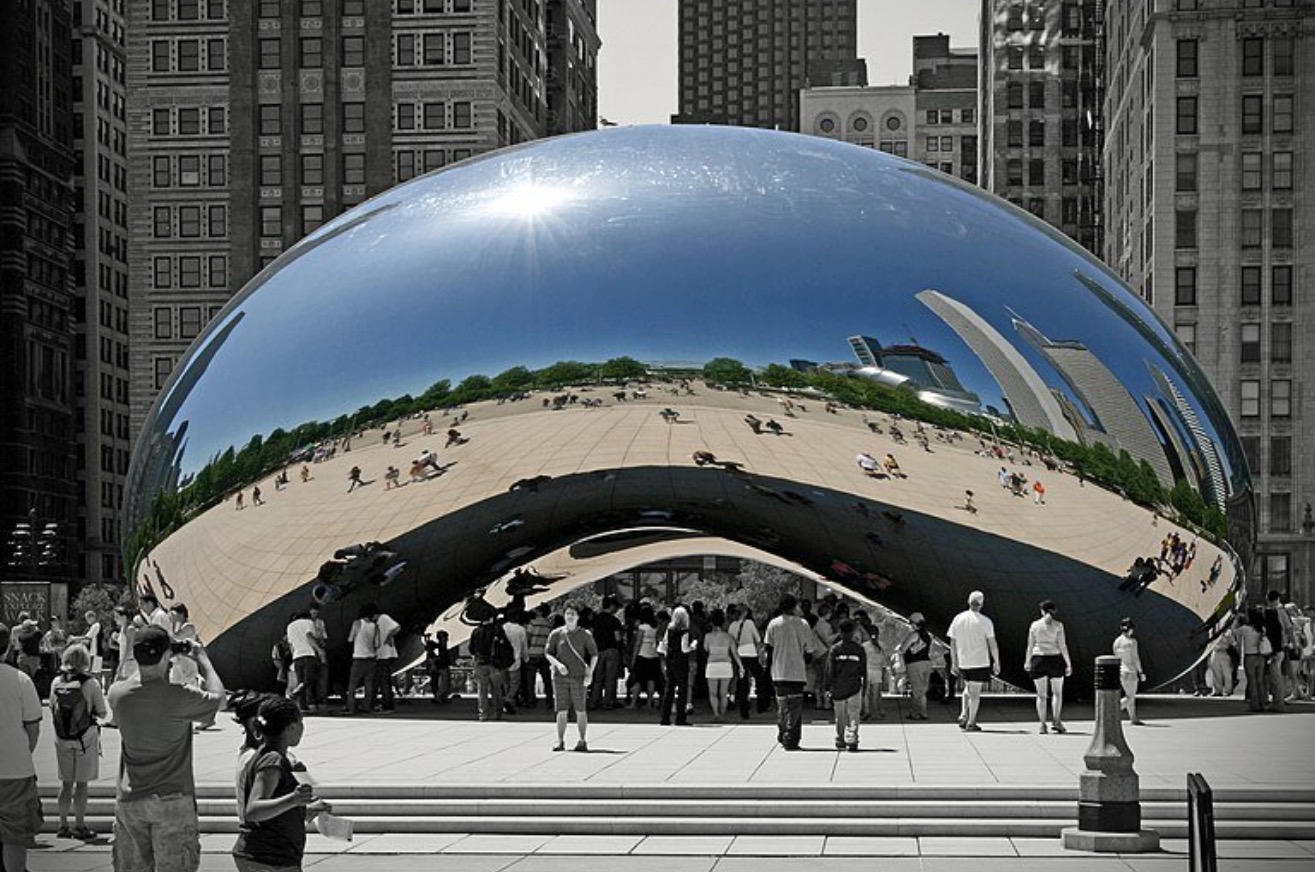 By Bert Kaufmann / CC
Greensboro’s Downtown Greenway provides another guidepost for Queen’s Park. The city of Greensboro, North Carolina recently brokered a deal with Norfolk Southern to acquire an inactive railway—that the city then converted to a four-mile greenway surrounding downtown. The deal with Norfolk Southern was funded with a combination of money from local bonds, private funding, and federal and state money. The effort was spearheaded by a non-profit organization called Action Greensboro. Read more about the Greensboro deal here.

Join the Movement for Queens Park

Subscribe today to get the latest news and updates

Your Email will be used to give you timely updates on the park’s progress. We will not use your information for outside purposes.

Shopping Cart
There are no products in the cart!
Cart
Checkout
Continue Shopping
0